The Spokane Rifle Club is pleased to announce that club member Chuck Deilke has earned his Distinguished Rifleman Badge and he was able to do this on the nation’s biggest stage, The National Matches at Camp Perry.  Please join us in congratulating Chuck on this significant achievement.

The National Matches are considered by many to be the pinnacle of competition marksmanship.  The first matches were held in 1903 before moving to Camp Perry, Ohio, in 1907 where they continue to take place every summer. The National Matches have become a huge, national shooting sports festival with well over 6,000 annual participants. The event draws the best competitors in the nation (and beyond) including dedicated teams from all branches of the armed forces of the United States.

In addition to the national matches, the governing bodies of the sport and The U. S. Government established the Distinguished Rifleman, Distinguished Pistol Shot and Distinguished International Shooter Badges as its highest awards for marksmanship excellence.  Earning this distinction and award requires competitors to earn points by consistently finishing in the upper echelon of specific marksmanship events.

Here is a photo of Chuck getting his badge from Sgt. Brandon Green.  Sgt. Green is the 2018 CMP National Champion and is widely recognized as the most dominant service rifle competitor in generations. 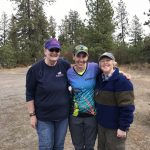 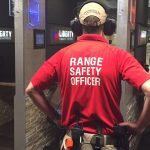