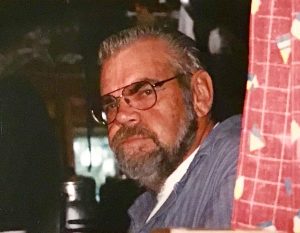 Frank was born on April 18, 1929 in Bombay, India to George and Mary Harkin. He passed away January 16, 2021 in Spokane, WA. When Frank and sister Patricia were children the family moved to Boston, MA where George Harkin’s family resided. In 1954 Frank married Clara Rogers.
Frank was preceded in death by both parents; wife Clara; sisters Patricia Rusconi, Barbara Brezina; and brother John Harkin. He is survived by his wife Karen; stepchildren Teresa (Rick) Webber, Kathy (Jim) Engstrom, Margaret Gooding and many grandchildren, great grandchildren, nieces and nephews.
Frank enlisted in the USMC in 1946 and served four years at Camp Lejeune in NC in the Pioneer Battalion. He then enlisted in the USAF in 1950 where he served his country until his retirement in 1974 at Fairchild AFB. During Frank’s time in the AF in addition to multiple stateside assignments he also served in the United Kingdom, Vietnam, and Korea. He served as an MP, rescue and survival specialist, marksmanship instructor, and was first sergeant of several units. He was a master rifle shooter and won numerous awards at service matches and national matches at Camp Perry Ohio. Frank was considered by himself and those who knew him to be a patriot and professional soldier.
After retirement from the military Frank became an electrician and did residential work before working for RA Hanson and then at the Spokane Veteran’s Administration Hospital where he met Karen Gooding who became his wife of 29 years.
Frank was a lifetime member and the past president of the Spokane Rifle Club and held other offices in that organization. He was a life member of the DAV and a member of the Spokane Eagles. Frank was also a lifetime member of the NRA. He liked to golf, hunt, and shoot prairie dogs in Montana, travel and spend time with family and friends. He also enjoyed time at his remote cabin north of Kettle Falls.
Frank lived a long, busy, interesting life, and told many funny stories of his life hunting and in the military and will be missed. 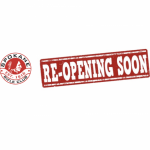 Club News, The Board of Trustees, Upcoming Events 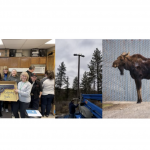