On the 19th day of April, 1775 our forefathers fired the shot heard around the world when they faced the British at Lexington & Concord.
The Spokane Falls Muzzle Loaders monthly shoot was held on the 14th of April. We had a problem getting into the trap house and did not get a chance to shoot shotguns, this problem has been addressed. We had seven pistoleros on the twenty five yard line. There were twenty four rifle shooters shooting targets from fifty yards, fifty meters and one hundred yards. During lunch we shot the beginning of a three month smooth bore musket match, there were six shooters.
Speaking of lunch, Andrew Rania put on a spread that included freshly steamed rice, an island recipe chicken and salad, for desert there was apple pie.
We had a couple of new guys on the line this month, its always good to see new faces behind a cloud of smoke.
Lee Kirshner’s Memorial Service will be held out at the Veterans Cemetery near Medical Lake at 11:15 a.m. on May, 3rd. 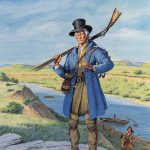 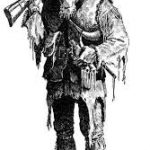