The Spokane Falls Muzzle Loaders have had excellent shoots the past few months since I last reported in April, I will admit to not being too interested in spending much time in front of a screen with all the beautiful weather we have been having especially with the lack of smoke.
We have added new members Kris and Kayla Kulp and Dave Clutinger. I have not spent any time with Kris and Kayla but shot with Dave last Sunday and witnessed his fine shooting off the bench.
Phil Chambers went to a rendezvous down in Oregon and came home with twenty pounds of medals and a very fine Tansel style powderhorn he won on a raffle.
We were a little light on shooters this past Sunday the 14th, had eight pistol shooters, five shotgunners and only twenty-three with rifles. At lunch Dan Carroll sponsored a rifled musket match that will go for the next three months. We just finished off the lunch smoothbore competition. These are something we do during the spring summer and fall to give us a chance to shoot something different.
The match was run by Pete Sheeran and Greg Short and was very well done, the taco bar lunch was a big hit and no one walked away hungry. 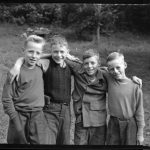